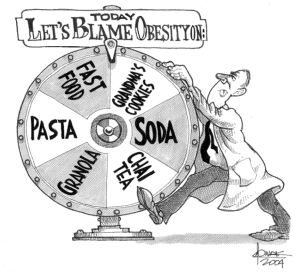 I don’t dispute the fact that most of us likely consume too much sugar. As with too much of anything it’s also likely doing more harm than good. However, I do take exception to the sentiment I’ve seen from some vocal supporters of Action On Sugar on twitter. There’s the dichotomy that you’re either with them or against them. Along with that, there’s the implication that any dietitians questioning the assertion that sugar is toxic must be in the pocket of the food industry.

Why can’t it be possible that some of us think there’s a middle ground? That perhaps, as with other nutrients before (e.g. fat, salt, carbs) it will turn out that there is nothing intrinsically harmful about sugar, and that some dietary sugar is perfectly safe as part of a healthy diet.

I resent the implication that if I dare to question the sensibility of demonizing sugar that I must be brainwashed by the food industry. After the harm we’ve seen done by demonizing nutrients in the past, you would think that we would have learned our lesson. The likelihood that a single nutrient, such as sugar, is the cause of the obesity epidemic is extremely unlikely. Reformulating products is not the solution. We’ll probably just end-up replacing sugar with something that will turn out to be even worse for us. Instead, we should be teaching people to cook and to consume fewer highly processed calorie-dense, nutrient-light foods.

3 thoughts on “Sugar and obesity”