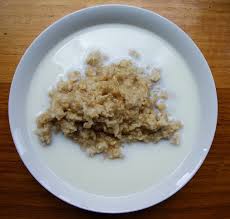 In the news last week was an exposé of prison food in British Colombia. Allegedly, prisoners have become ill after eating food distributed to prisons from a central kitchen. Sometimes prisons have run out of food before all of the prisoners have been served, leaving inmates to go hungry. Based on the comments, it seems that most people believe that prisoners should suck it up. After all, they’re criminals and are lucky that they’re getting food from our tax dollars. How dare they ask for food that’s safe or even nutritious. Just a taste of some of the comments:

Just looked at their menus they eat better than I do! Ohh and I work and pay taxes! These bums have a lot of nerve complaining. Try working for a living, try feeding your children and being a good parent. They blame society inequality and drugs for all their problems… The reality is there’s only one person to blame the one in the mirror! Do inmates children on the outside have enough to eat? Are they warm at night? Theses looser bring children into the world and forgo their responsibility…

Don’t like the food? Don’t put yourself in a position where you may go there.

Cry me a river. A murderer complaining that his prison food is not to his liking.

I know, I know “never read the comments”… I did it for you!

I think that many people are missing the point. Everyone deserves access to safe and nutritious food. If our prisons are intended to rehabilitate people who have committed crimes (which they ostensibly are) then nutritious food is an important component of that process. A number of studies have shown that nutrition affects cognition and behaviour (1, 2, 3). I’m sure that most of us have anecdotal experiences of the effects of poor (or good) nutrition on mood and behaviour. I know that I felt pretty crappy after the weekend I survived on primarily poutine, coffee, and beer. And that was one weekend! Imagine the effect that long-term malnutrition can have on mood and behaviour. I’m not saying that prisoners should be eating gourmet meals every day. However, if we want to rehabilitate inmates and have more of them re-enter society as contributing members then we need to provide them with the tools they need to do so. Good nutrition, and the ability to prepare nutritious meals upon release, is one of these tools.