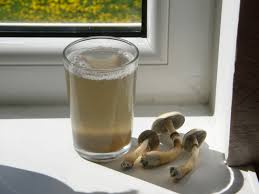 Not long after reading about the ridiculous diet of that Moon Juice woman, I came across an article detailing some celeb cookbook sisters weekend diet. I’d never heard of them before but they’re allegedly healthy cookbook authors who shock people by eating meat and butter. I say allegedly healthy because if this weekend of eating is indicative of their regular diet then I’m not so sure that they should be held up as paragons of health.

I like the fact that their diets include plenty of veg, nuts, and seeds. I just feel like there’s this weird health rebellion going on right now where people are going to two extremes simultaneously. They’re drinking mushroom tea and hot chicory root water because they want to avoid the unfairly maligned coffee. By the way, there are many health benefits associated with drinking coffee, it’s the added crap that people put in coffee that makes not the greatest choice (plus, too much of anything can be bad for you but starting your day with coffee is a-okay). Okay, so they won’t drink coffee or eat flour. Yet alcohol, a known carcinogen, featured prominently over these days. Certainly not following the low-risk drinking guidelines. Now, I’m certainly not a teetotaller. I enjoy a beer or glass of wine now and then but I’m also not drinking several drinks a day, nor am I going on about coffee being the “kind of stimulant I don’t need in my life”. Hypocritical much?

While red meat can certainly be a part of a healthy diet, it’s more of a sometimes food in my books. If you want to be a wellness guru fine, cut out refined grains, but know that there is a clearer link between red meat consumption and cancer than there is between bread and any ailment.

Maybe it’s just me, maybe it’s a dietitian problem, but this sort of thing rubs me the wrong way. Eat what you want, but don’t claim that your diet of extremes is a healthy way for everyone to eat. Drinking mushroom tea in the morning doesn’t somehow cancel out steak and cocktails in the evening. That’s not really how nutrition works. It’s like saying that eating an apple for dessert makes your lunch of a double cheeseburger, fries, and a Coke a zero sum game. Sorry, nope. Eat healthfully most of the time (that means whole foods, plenty of veg, fruit, grains, protein, and water) and enjoy some treats. You don’t need to drink mushroom tea.