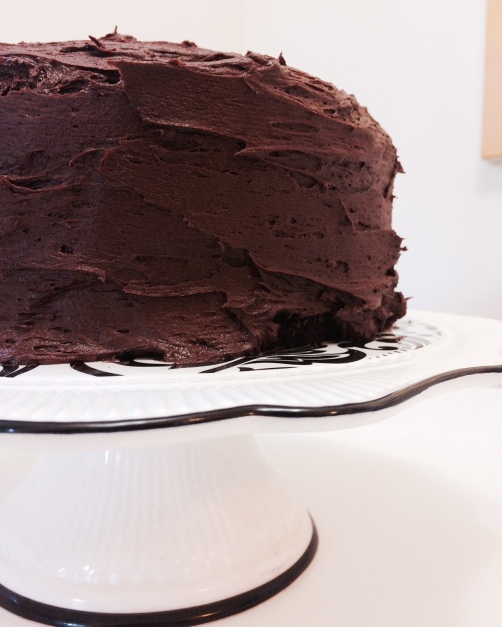 I saw the headline: Chocolate cake for breakfast? Research says it’s good for both your brain and your waistline and thought “this should be interesting”.

The author suggests that we should eat chocolate cake for breakfast because one study found that higher chocolate consumption was associated with improved cognitive function. While another study suggested that those who ate larger breakfasts (including a dessert) lost more weight and ate less later in the day than those who started their day with a less substantial meal. A bit of a leap, if you ask me to then conclude that we should be eating chocolate cake as part of a weight management cognitive enhancement regimen.

Looking at the study that ostensibly concluded that chocolate improved cognition, it immediately jumps out at me that the study drew from data from food frequency questionnaires. As you know, these are notoriously inaccurate. I also think that it’s important to note that the questionnaire in question didn’t differentiate between dark, milk, and white chocolate. White chocolate being up for debate as to whether or not it’s truly chocolate, and the form of the chocolate not being recorded (chocolate bar, ice cream, cake, cookie…) it would be difficult to conclude that there was any one attribute of these forms of chocolate that could improve cognition. As the authors point out, there is no way to infer a causal relationship. Just because people who ate chocolate at least once a week fared better on cognitive tests than those who ate it less than once a week doesn’t mean that there’s not some other reason that they fared better on these tests. While the results were statistically significant, I wonder how meaningful they are in actuality.

While I can attest to the benefits of “front loading” your day for many trying to lose weight or maintain weight loss, I wondered about the study the article referenced. Fortunately, someone else had already thrown shade on it (back in 2010!) so I don’t feel the need to duplicate their comments. For anyone who can’t be bothered to click the link, suffice to say the study author has come out with a diet book and the study upon which she based this plan is flawed.

Okay, what’s the takeaway? I’ve got nothing against chocolate. I’ve got nothing against chocolate cake. In fact, writing this post prompted me to fetch a slice of leftover chocolate cake to munch on while I typed. That being said, I wouldn’t include it as part of a nutritious breakfast. If you were eating chocolate cake for breakfast on the regular you’d be hard-pressed to get all of the nutrients you need without getting more calories than you need. If you want to add chocolate to your breakfast in a healthier way you could add some cocoa powder to your smoothie or some raw cacao nibs to your oatmeal. Save the cake for special occasions (and blogging).