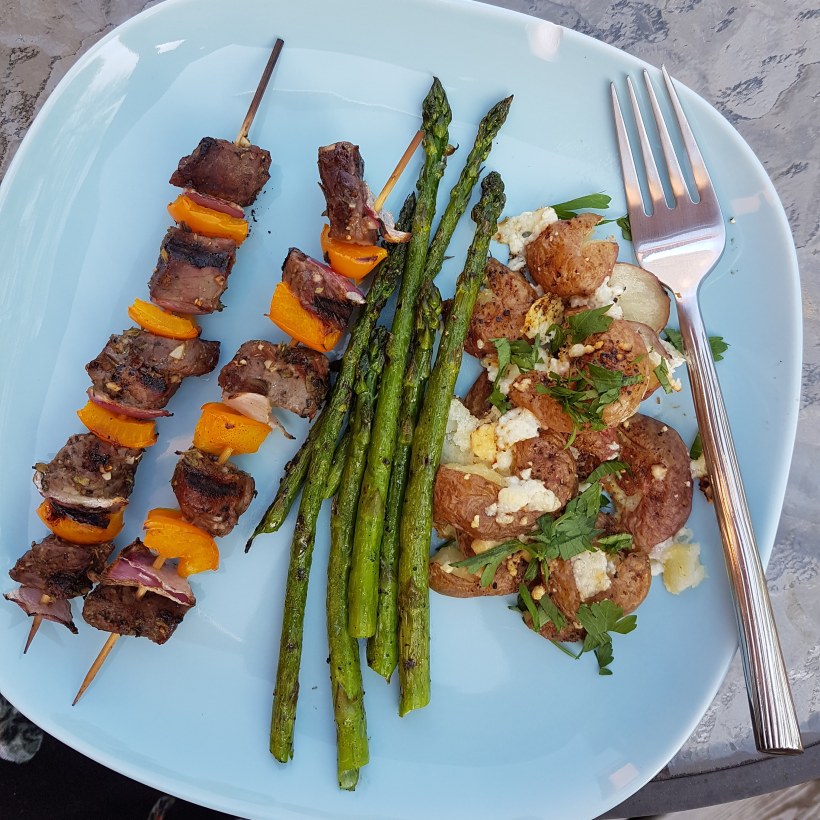 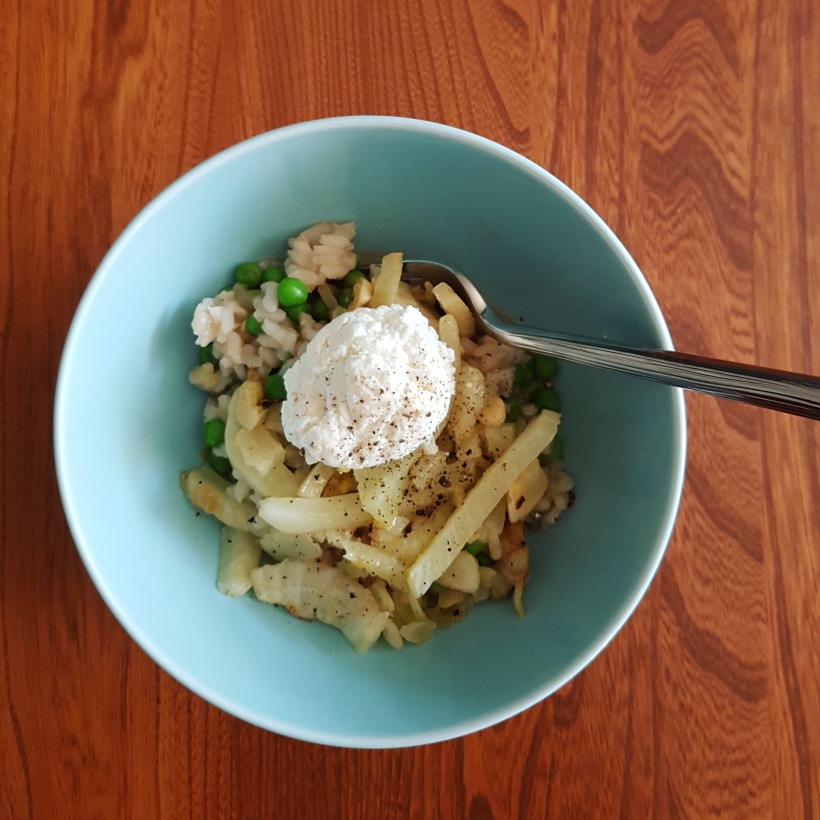 One of the items in the swag bags at the conference I attended a few weeks ago was a coupon for Hello Fresh. You know, one of the meal box delivery services that’s a hybrid between home cooking and a ready meal. I figured I may as well give it a try. Considering on my boyfriend’s nights to cook he often says some variation of “what should I make for supper?” I thought it might give him a bit of a break.

Of course, the coupon was tricky and ended up being not quite as good a deal as it first appeared. It was a $50 off coupon but it turned out to work as $25 off two separate weeks. Which, honestly wasn’t all that great a deal. I chose the least expensive option: the pronto box (meals that take about 30 minutes to prepare – more on that later) for two (more on that as well) which still ended up costing me over $50 out of pocket for one week. If you order the box at full price, it’s $11.67 per serving. Less than you would likely spend eating out, but more than you would normally spend for a home cooked meal (and we rarely eat out).

After one week and three meals, I noted many of the things that others have already voiced. Things like: excessive packaging, nutrition, and longer than advertised cooking times. However, I’d like to expand on a couple of them.

The first meal we made was Herby Steak Skewers with Crispy Potato Smash and Feta. This recipe allegedly should have taken 30 minutes to prepare. Perhaps if it had come with the water boiling, skewers soaked, and if I had the recipe memorized it would have. Instead, it took the two of us 50 minutes to prepare. Considering that I’m a pretty confident cook, I can’t help but wonder how long it would take someone who subscribed to this service because they aren’t confident in the kitchen.

The next two meals were a little faster. Partially because I didn’t follow the directions in sequence. Rather, I did them in the way that I knew would be fastest. The Leek and Pea Risotto with Roasted Fennel and Ricotta took me approximately the allotted 35 minutes while the Pan-Seared Chicken Elicoidali (pasta) with Asparagus and Parmesan took about 30 minutes, as promised.

My other major issue as a dietitian, was the nutrition. The portion sizes were all out of wack. We got about four servings out of each meal, and we have appetites. On one hand, this was great, it made the boxes a bit better of a deal and I liked having lunch taken care of the following day. On the other hand, I worry that people believe that these meals are portioned appropriately and thus, may end up eating more food than they need. The other nutrition concern was the vegetable deficiency. The meal with the skewers did not have enough veg. A tiny orange pepper and some bits of red onion are not enough vegetables for a meal. I ended up augmenting the meal with some asparagus from the fridge. The chicken pasta only had a bit of onion and a small quantity of asparagus. Even the vegetarian risotto was a little light on veg (although definitely the best of the three) with a few green peas, pre-sliced leek, and fennel.

Considering that nutrition is one of the major benefits of home cooking, I feel like Hello Fresh may be doing more harm than good but providing meals that don’t have enough vegetables and have excessively large portions.

I also have the impression that many people order these meal kits because they’re short on time and want quick and easy meals. Sure, they save the hassle of going to the store and planning what to make a few nights a week but I don’t think they really save much in the way of cooking time. If I wasn’t already comfortable in the kitchen Hello Fresh would likely have left me with the impression that cooking “healthy” meals is complicated and time-consuming. I mean, if it takes 50 minutes to make a meal that’s already portioned and partially prepared, how long will it take to make a meal with unprepared ingredients? This is not the case. There are many delicious and nutritious meals that can be on the table in under 30 minutes. Rather than encouraging people to cook more at home, I worry that these meal kits may actually discourage people from cooking.

10 thoughts on “I don’t know why you say Hello (Fresh), I say Goodbye”