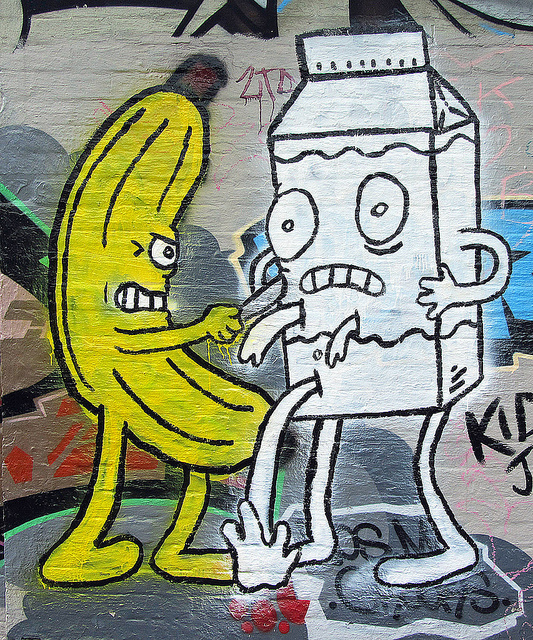 Image by Newtown Graffiti on flickr. Used under a Creative Commons Licence.

Have you heard of banana milk? Apparently it’s poised to be the next plant-based milk alternative. Except it’s not milk. It’s juice.

Maybe banana blended with water is tasty and maybe it makes a great stand-in for actual milk in a latte. I’d be willing to give it a try. But let’s be honest here, it’s banana juice. Nutritionally (and probably favour-wise) there is pretty much no resemblance between a banana blended into water and a glass of cow’s milk.

Of course, banana milk, like almond milk (or any other plant-based milk alternative) sounds a heck of a lot catchier than banana juice or banana water. Unless it’s being fortified like crazy, calling it milk is misleading and could lead to nutrient deficiencies.

When you think of milk you probably think of nutrients like protein, calcium, B vitamins, and vitamin D. Calling banana juice “milk” evokes the false perception that this water and banana mixture is also a good source of these nutrients.