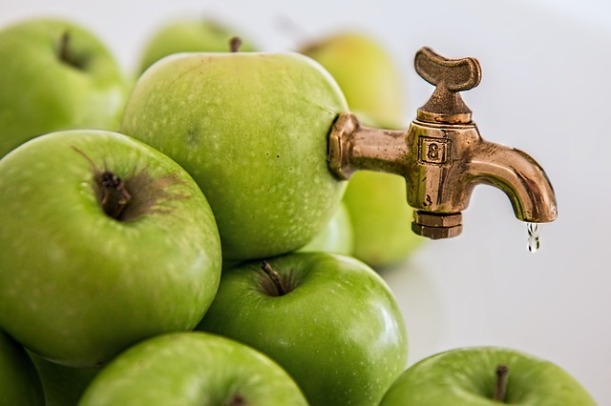 I find the ability of people to rationalise things astounding. We all do it in some manner in our lives. But it still amazes me to see people staunchly defending illogical stances. Take for example juice.

I’m not opposed to juice per se. I grew up during a time when orange juice was a standard at breakfast. I drank juice boxes at school. Juice wasn’t the nutritional pariah it’s become. Of course, we now know that juice is essentially liquid sugar, with a few vitamins thrown in for good measure. Drinking a glass of apple juice is nowhere near as nutritious as eating an actual apple. I would never recommend that someone consume more juice but if you’re enjoying a glass of juice a day, or an occasional glass of juice, it’s the same as any other sweet treat and I’m not going to take that away.

What I don’t get are the people who say that juice contains “naturally occurring” sugar so it’s somehow healthier than any other food containing “unnaturally occurring” sugar. Nope. Not buying it. Sugar is sugar. This is not demonizing sugar. This is not demonizing juice. It’s just a fact. Where do people think that refined and added sugars come from? They’re not made from chemicals in a lab. They’re made by processing plants that naturally contain sugar. There’s nothing nutritionally superior about the sugar in juice. It’s no better (or worse) for you than the sugar in a handful of jujubes.

Let’s stop sugarcoating juice and face the facts. Juice is liquid sugar with better PR than other sugary beverages.

After I wrote about how sugar’s not inherently evil on Monday, I’d now like to take exception (again) to the marketing of chocolate milk as a healthy beverage choice.

As I’ve mentioned before, just because there’s nothing wrong with having some sugar in our diets, that doesn’t mean we can’t have too much. Just because sugar’s not bad for you doesn’t mean it’s good either and it certainly doesn’t mean that most of us couldn’t stand to cut back on it a bit.

So… My best friend sent me the above photo (taken from a Dairy Farmers of Canada booklet) last week. It’s a great example of the food industry twisting the facts. Sure, a glass of chocolate milk has the same amount of sugar as a glass of apple juice. That doesn’t lead to the conclusion that chocolate milk is a nutritious choice. Both beverages have 24 grams of sugar per cup. That’s 6 teaspoons of sugar! That’s a lot of sugar in something that’s not going to fill you up. The conclusion should really be that neither chocolate milk nor apple juice is a healthy choice. Both are liquid candy, with a few added nutrients, and should be treated as treats.

I also would like to add my annoyance at the chocolate milk sponsored half marathon I ran on Sunday. The only beverages I could find at the end of the race were chocolate milk, juice, and coffee. Now, if anyone deserves chocolate milk, it’s probably someone who just finished a long run. However, sweetness doesn’t appeal to me after a race and all I wanted was a drink of water. I ended up settling for a cup of black coffee until I got home. As we were exiting the finish area, someone on the sound system was extolling the benefits of chocolate milk as the ultimate post-race rehydrator. Actually, no. If you missed it before, here are my thoughts on that. I get that the race needs sponsors, and I don’t mind there being chocolate milk available. However, I don’t think that it should necessitate the exclusion of water. 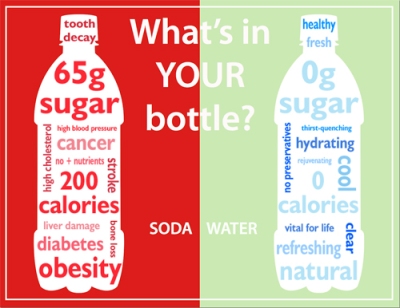 The article states that the vast majority of research has shown no increase in weight loss for those who consume more water versus those who do not. Drinking water does not increase caloric burn. The article also dismisses the pervasive myth that beverages such as coffee do not contribute to overall hydration – YAY! All true.

The article then quotes the RD as saying, “if you don’t like water it’s OK.” The idea is that you can obtain your hydration from other beverages (and foods). While absolutely true from a hydration standpoint, I think that this statement does a disservice to those who are attempting to lose weight. While I’m sure it was not her intent, I think that this could easily be interpreted to mean that it’s fine to choose beverages such as juice, pop, and coffee with sugar and cream rather than a glass of water. Yes, these will all hydrate you, however, they will also add non-satiating calories to your diet. If you drink just one 8 oz glass of orange juice, one 12 oz can of Coke, and one medium double-double (sorry, non-Canadian readers) a day you’ll be adding 458 calories to your daily intake. Compare that to zero calories from three glasses of water.

Well, it seems like in Nova Scotia, we’re getting more summer this year than we did in probably the last eight years combined. All I can think about is the heat. I love it, I wish my flat would get down below 30 degrees Celsius, but I really do love it.

If you’re also experiencing a super hot summer and also lack air conditioning or cross breeze, or any sort of relief, a nice cold drink may be just what you need. A great way to keep your drink cold is to jazz up the standard ice-cube. Try freezing coffee in your ice-cube tray and using it in milk or nut milk or in cooled coffee. Add frozen fruit to your water (still or sparkling). Try grapes, cubed melon, mango, or berries.