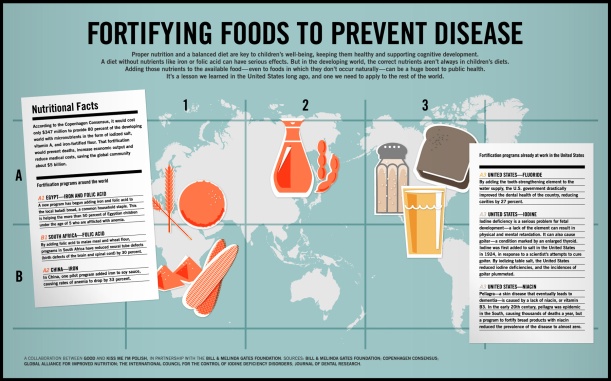 My dad suggested that I read an article in The Coast last month and, slacker that I am, I just got around to reading it. It was written by the founder of “Safe Water Halifax”, an organization opposed to the addition of fluoride to our municipal water supply. Honestly, I find it appalling that an article could be written by a homeopath and student of holistic nutrition, claim to be supportive of science, and yet contain zero links to scientific research. This is not an opinion piece. This is not a personal blog. This is a newspaper article which makes claims regarding the safety of fluoridation yet cites no research to support the claims. The argument? Fluoride is poison and the government has no right to added things to our water.

If fluoride in our water is poisoning us then why is there absolutely no mention in the article of the ailments it’s inflicting upon us? I did blog last year about a report claiming that fluoride in drinking water lowered IQs in children, and was pretty much responsible for every imaginable illness (but wait!… I thought that was wheat…). A statement by the Institute for Science in Medicine provides some background on the history of municipal water fluoridation. It states that at levels between 0.6 and 1.1 ppm there is a wide margin of safety while providing the benefit of increased tooth and bone strength and decreased cavities in children by 20-40%. Only at concentrations greater than 4.0 ppm does it become a risk. And that risk is more cosmetic (i.e. stained teeth) than anything. In Halifax, the average level of fluoride in the water supply is 0.72 ppm. Well within safe limits.

I think that it’s great for people to question the decisions of government and to do research to look out for our own best interests. However, when the crux of your argument is that you distrust anything the government is adding to your food it’s not exactly a solid argument. Without the addition of iron and folic acid to white flour many more people would be suffering from iron-deficiency anemia and many more children would be born with neural tube defects. Iron, like fluoride, is a mineral. Iron, like fluoride (and nearly everything) can be toxic in excessive amounts. Yet, it would be physically impossible to overdose on iron by eating bread. The same can be said for drinking fluoridated tap water. You would die from hyponatremia before you would perish from fluoride toxicity. The fortification of flour with folic acid has been the most effective measure in reducing neural tube defects, such as spina bifida. The addition of iodine to table salt reduced the incidence of goiters and mental deficiency significantly in North America. However, iodine deficiency is becoming a public health concern again as we increasingly use un-iodized salts such as sea salt and rely on un-fortified processed foods. I could go on and on… What about vitamin D added to milk? Calcium and vitamin D enriched milk alternatives?

My point is that the addition of vitamins and minerals to foods and beverages is done to benefit the population. There is no more reason to fear the fluoride in our water than there is to fear all of the other examples above.

You know, I get why people are sucked in by alarmist quackery. It’s just so damn convincing. A link on twitter recently led me to this article on the horrors of fluoride. As soon as I clicked the link and saw the author, world-renowned quack Dr. Joseph Mercola I groaned inwardly. Despite my instinct to automatically disregard the article on the basis of its author I decided to give it a read.

The headline: Harvard study confirms fluoride reduces children’s IQ does little to indicate the true depth of the anti-fluoride message of the article. To sum it all up: fluoride is pretty much the most toxic element known to man (okay, I may be exaggerating slightly) and the root cause of most modern-day ailments; everything from brain damage to ADHD to cancer, arthritis, and infertility.

Considering that fluoride has been added to many municipal water supplies for over half a century now, what prompted this anti-fluoride resurgence? Apparently a recent meta-analysis (which, despite sounding like the ultimate source of all scientific knowledge, can have numerous drawbacks) found that “children who live in areas with highly fluorinated water have “significantly lower” IQ scores than those who live in low fluoride areas”. If you want to read the 32-page-long report, it’s available here. The researchers used epidemiological studies. The upside of this is that they actually involved humans, rather than lab animals. The downside of this is that epidemiological studies can never prove causation. There could be many other reasons, completely unrelated to fluoride, why lower IQ scores were observed in these locations.

I would like to draw attention to one of the introductory statements in the report:

Opportunities for epidemiological studies depend on the existence of comparable population groups exposed to different levels of fluoride from drinking water. Such circumstances are difficult to find in many industrialized countries, because fluoride concentrations in community water are usually no higher than 1 mg/L, even when fluoride is added to water supplies as a public health measure to reduce tooth decay.

Maybe I’m missing something here but isn’t this statement essentially saying that most communities don’t put high enough levels of fluoride in their water to cause any detrimental neurological effects? Basically, the authors were looking for extreme circumstances, levels of fluoridation of public water that we don’t see in North America. That fact alone, even if fluoride may reduce IQ (and I’m not saying that it does) indicates to me that the entire study is essentially meaningless.

One last point: the report serving as the catalyst for Mercola’s article only looked at the relationship between fluoride and IQ in children. There was no mention of the myriad other ailments that Mercola mentioned in his article. Fluoridation of drinking water is a contentious issue; I don’t purport to have a definitive answer regarding its benefits versus its risks and I am all for continuous unbiased research on the topic. However, I believe that the risks of this sort of alarmist article definitely outweigh the benefits.

I was reading this blog post from Free Form Fitness blog last week and was a little annoyed. The author states that black and green tea contain fluoride and aluminum so “if it’s not good in larger doses it’s not good in smaller doses either and I would rather avoid it and kick it off the super food list.” First, I don’t think there should be a super food list. As I’ve mentioned before, a case can be made for nearly every whole food to be included in this list. It’s pretty meaningless hype. That aside, I think that this article leads to fear mongering. It’s absurd to say that because something is bad for you in large amounts that you shouldn’t consume it. Too much of  anything is bad for you! It’s all about moderation. As far as the limited research on the subject shows, up to four cups of most varieties of tea, are safe for all ages to consume in relation to fluoride content. As for aluminum, according to the National Cancer Institute “there is no evidence of any aluminum toxicity associated with drinking tea”. My verdict: don’t be discouraged from consuming a cup or two of tea a day if it’s something you enjoy. Just don’t start guzzling gallons of green tea just because some celebrity has touted it as the next cure-all and magical weight loss formula.