You all know that I can always find something to bitch about. I’m that girl who’s always the one to find a bug in her freshly picked raspberries or the bone in her piece of fish. My mum will attest to that. It was a running joke in my family that if there was anything weird to be found in the food, I would be the one to find it. So, it should come as no surprise that I have lots to say about the new food guide. But… it may come as a surprise that I don’t actually have anything negative to say about it! In fact, I think it’s pretty fucking great.

In no particular order, here are the changes that I’m most excited about:

My one concern (aside from a couple of very minor things) is that apparently Health Canada does not plan on making the resources for the general public available in print. I think this is a huge mistake. Not everyone has ready Internet access. Also, the old food guide was used in schools and other educational settings (including the food literacy classes I teach) as a teaching tool. I work in public health and we get MANY requests from schools, organizations, and individuals for copies of the food guide. I’m not sure how we’re going to educate people and incorporate the food guide into our programs if we don’t have a print resource available. I hope that Health Canada will reconsider this decision so that everyone has equal opportunity to benefit from the new food guide. 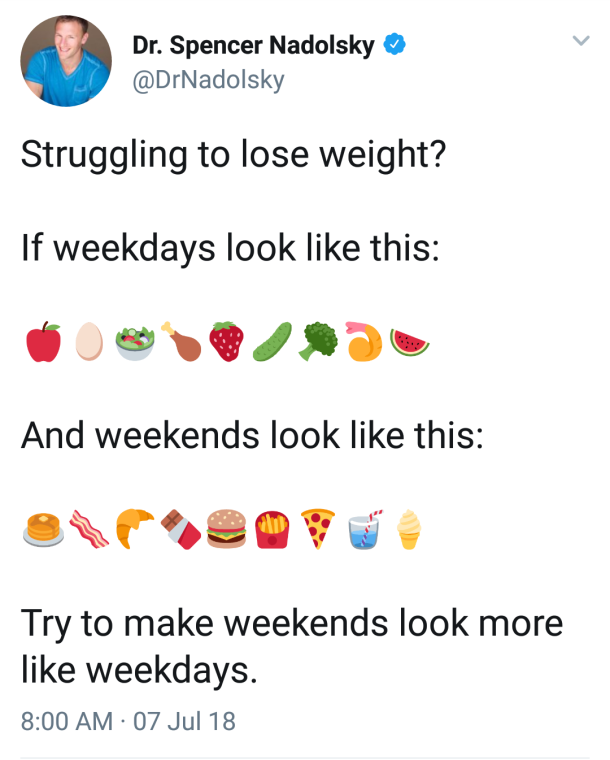 Yes, the above post is undoubtedly very cute. Using emojis is a fun way to make your point. However, I would argue that if you are struggling with your weight that you should actually reverse the suggestion by Dr Nadolsky.

I’m not saying, eat unhealthy food all day every day. I’m saying, take some of those “treat” foods from the weekend and enjoy them whenever you feel like it. Something more along these lines:

Regardless of your weight, your diet should be one that you enjoy. That provides you with nourishment and pleasure. You should be able to enjoy your food every damn day of the week. 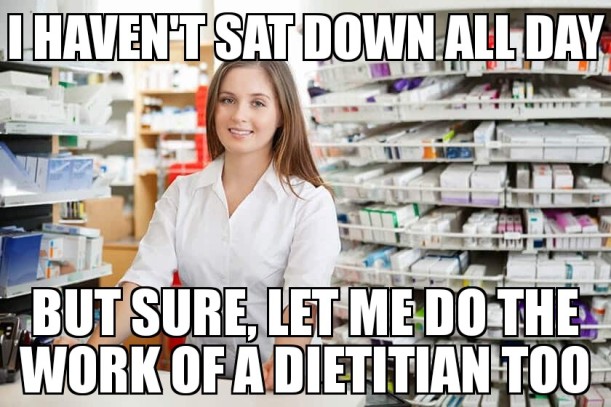 The other day I was in a grocery store when a recording came over the PA system encouraging customers to speak to the in-store pharmacist about making healthy food choices. Naturally, I was like “what the fuck??”. People wonder why dietitians are so defensive of our profession. This. This sort of thing is exactly why. Because everyone seems to think that they’re qualified to dole out nutrition advice despite the fact that dietitians are the only professionals who spend over four years studying nutrition in university and must indefinitely continue our education to maintain our licensure.

Yes, pharmacists are a wealth of knowledge when it comes to medications and they can be hugely helpful in advising customers about potential drug-nutrient interactions regarding medications that customers are taking. They more often than not, likely have a greater knowledge about nutrients in food than your average person. However, none of this equips them with the expertise to provide nutrition counselling.

When I worked in a grocery store we had an in-store dietitian as well as pharmacists on-staff and everyone worked together to provide customers with the best service possible. Pharmacists have enough to do without having to get into nutrition counselling with customers, which, when done appropriately, can be quite time-consuming. Do you really want to wait longer to pick up your prescription? Setting aside the issue of expertise, do pharmacists really have the time to devote to counselling customers on nutrition? Let dietitians, who are actually trained to provide individualized dietary advice, provide this service so that pharmacists can focus on their own area of expertise.

Aside from a sort of general curiosity I don’t see the point of articles about the diets of elite athletes. Honestly, I think sharing them as if they’re nutrition tips for the masses is potentially harmful. Unless you’re a professional athlete yourself, which the vast majority of us are not, most of their nutrition advice is not going to translate to your life. You’re probably not burning 10, 000 calories a day and I’m sorry but an hour at the gym is not comparable to the rigorous training that professional athletes undertake.

It also seems to me that many athletes undertake questionable dietary regimens (ahem, Tom Brady) in the hopes of being the best of the best. The article I linked to above has some fairly benign advice but there are loads of athletes that are following bizarre advice in an effort to hack their genes and optimize performance. When your career depends on it, it’s kind of understandable that you’d be willing to try something a little extreme. The danger lies in attributing your success to drinking alkaline water or avoiding mushrooms and encouraging us common folk to jump on your nutrition bandwagon.

The dietary needs of athletes also vary significantly depending on their sport, as well as their sex and size. The perfect diet for a marathoner is going to be quite different from the perfect diet for a shot putter. You can’t just assume that what works for one athlete nutritionally will work for another. Even more so, you can’t assume that what works for a pro athlete (or for anyone else for that matter) is going to work for you. In fact, if you tried to eat like most professional athletes you’d probably be consuming significantly more food than you need.

Go ahead and be amazed by the number of calories consumed by athletes in the Tour de France. Indulge your natural curiosity by reading about Michael Phelp’s massive training diet and other wild diets of athletes. Just don’t try these at home. 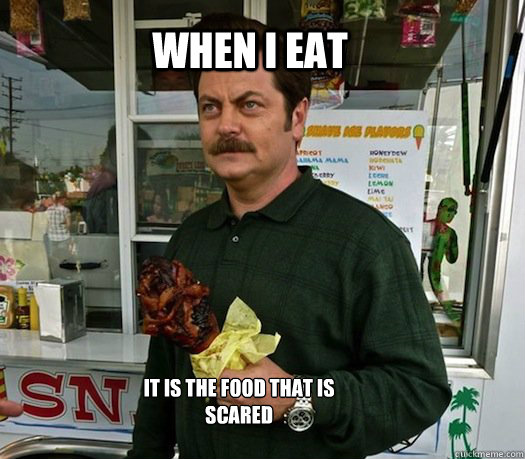 At some point someone came up with the brilliant idea to use scare tactics, guilt, and shame to convince people to do (or stop doing) certain behaviours. I think it may have originated with smoking cessation where people thought that showing people videos of people smoking through holes in their throats and with horrible mouth cancers would convince people to quit. And then people thought, “hey, it worked for tobacco, let’s try it with food”.

Unfortunately, while these tactics may work in some situations, and with some individuals, as a general rule, making people feel like shit about their choices isn’t a terribly effective strategy to convince them to change.

I see so many (possibly well-meaning) people sharing shaming messages in an effort to get people to follow their dietary regimes that essentially every food is now laden with guilt and dolloped with fear. 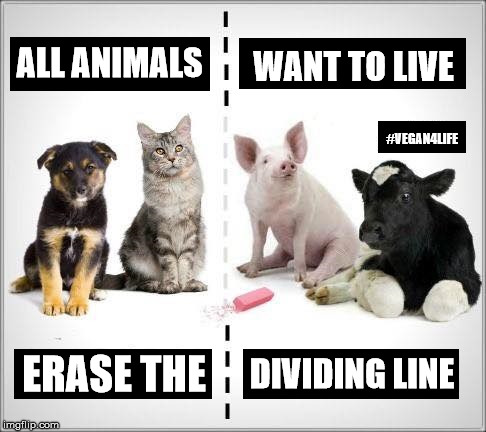 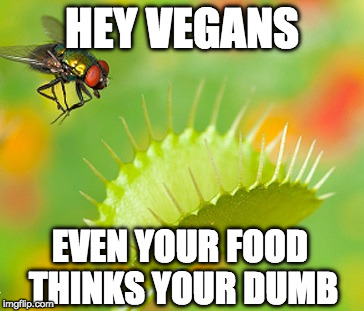 There are headlines like “There is no conspiracy: Gluten really is evil”, “7 reasons why you should stop eating meat immediately”, “Eating bananas at breakfast is bad for you”. Books like: 141 Reasons Sugar Ruins Your Health  and The Hidden Dangers of Soy. Not to mention all of the vloggers, bloggers, and Instagram nutritionistas pushing their agendas. Seriously, go to google and type in “why you should never eat ____” and insert pretty much any food in there. You’re pretty much guaranteed to get at least one hit telling you why practically every food is going to kill you.

This isn’t healthy. We should not be afraid of something that is essential to life. Something that should be pleasurable. We shouldn’t be loading every food up with fear.

For those using these fear-based messages to try to convince people to join your diet, you’re probably not having the effect you intended. Rather than convincing people to change you’re quite likely just making them feel like what they’re doing is shameful. Maybe they’ll secretly try to change because they’re embarrassed about their shameful food choices and then just feel even worse if they fail. Maybe they’ll just ingest a little bit more guilt every time they eat something they’ve been told is evil.

The nutrition world has become like some sort of twisted religious cult where once you’ve been “saved” you need to spread the gospel and indoctrinate as many heathen eaters as possible. Instead, how about we stop trying to push our person beliefs onto everyone else? How about accepting that there is no one and only diet? That what works for you and is enjoyable for you might not work for everyone else. Let everyone else enjoy their food in peace unless they ask for your opinion.