Last week Fooducate published a blog post answering (?) the question: Which is healthier for me: Skim or whole milk? Their response boiled down to “it depends”, can you afford the extra calories in whole milk or not? Which is certainly a part of the answer, but definitely not the whole (pardon the pun, you know I can’t resist) answer. So, what is the answer? Sadly, I don’t have the answer either, but I can give you a little bit more information than Fooducate did so that you can decide for yourself.

Fooducate mentions that lower fat milk options often have more sugar. This is not the case. Skim milk and whole milk both contain roughly 12 grams of sugar per cup (1, 2). When you get into chocolate milk and all of those bizarrely flavoured milks like Crispy Crunch or banana, yes, those will have more sugar than plain old white milk. This is the case regardless of fat content; it just so happens that most commercially available flavoured milks are low fat or skim. It can safely be said that white milk is better for you than chocolate. I’m not saying that you can’t ever have chocolate milk, it shouldn’t be considered a healthy dietary staple though. Treat chocolate milk like a liquid chocolate bar.

Fooducate focussed on macronutrients: fat, protein, and carbohydrate. What they fail to look at is micronutrients. When comparing fortified skim and whole milk they are very similar on the vitamin and mineral front. The difference lies in the bioavailability of these nutrients. Fat soluble vitamins (A, D, E, and K) need fat for your body to absorb them. If you’re having a glass of milk with a meal that contains another source of fat, awesome, you’ll get those vitamins. However, if you’re eating a bowl of SpecialK for breakfast topped with skim milk then you’re not going to be getting as many nutrients out of that milk (or that fortified cereal) as you would if you used whole or 2% milk. Just because the nutrients are on the label doesn’t mean your body’s able to utilize them.

I’m not saying that everyone should go whole hog and drink milk. Heck, you don’t even need milk to have a healthy diet. The type of milk you should consume really depends on your personal preference, what else you’re consuming milk with, your overall diet, and your personal goals. 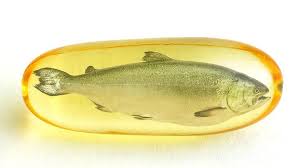 For the most part I love Fooducate; however, I was a little surprised by this recent blog post on their site. The post referenced a recently published study that suggested our touting fish oil supplements (or even the recommendation to consume fatty fish twice a week) is faulty. They did not offer any thoughts or critique on the new “study”.

The study was actually an analysis of previously published research. They claimed that our recommendation to consume fish (or fish oil) was based solely on a research study of Icelandic Eskimos conducted in the 1970s. They assert that the findings of this study were misinterpreted and that the researchers did not even look at the prevalence of cardiovascular disease in the population they studied. They then looked at the other research on diet and CVD in Eskimo and Inuit populations. They only found one study that “performed direct measurements on the Greenland Eskimo
population for assessing the presence of CAD or CAD risk factors”. They state that this study, conducted before the Eskimo population had adopted a Western diet, found no difference between incidence of CAD in the Inuit population in comparison to American and European populations. Interestingly, I took a look at the original research study and the researchers actually found a lower risk of CVD in the Inuit population as compared to the Western population. Essentially the opposite of what the current researchers are claiming.

So… “What the heck does this all mean??” you may be wondering. Should you be eating fish twice a week? Should you be taking fish oil supplements? Well, unless you are a Greenlandic Inuit then this research may not apply to you at all. We can’t say that what’s healthy for the Inuit population is healthy for other populations. We also can’t be certain that it’s the consumption of fatty fish that reduced their risk of heart disease. It may be any of  number of other lifestyle factors that placed them at lower risk for CVD. Recent research into the benefits of fish oil has yielded mixed results. Some studies show benefits of fish oil consumption, others show negative effects of its consumption. As always, the best advice is that variety is the spice of life and it’s best to obtain your nutrients from whole foods. Yes, eat fish (limit the larger saltwater fish you consume though as it can be high in mercury), choose a variety. If you don’t eat fish, you might want to consider consuming a fish oil supplement. There may be benefits other than lower CVD risk associated with consuming omega-3s from fish/fish oil (such as mental and cognitive well-being, bone and joint health). Research is ongoing and you might want to wait before you turf your fish oil supplement or grilled salmon. 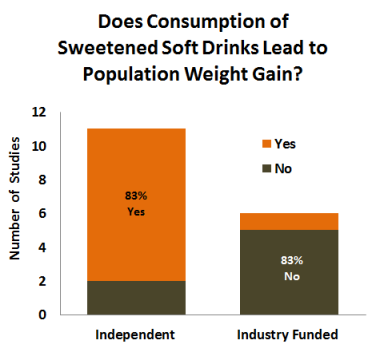 Interesting little read on fooducate about the problem with conflict of interest in studies of sugar sweetened beverages and population weight.

Can’t remember the difference between prebiotics and probiotics? Check-out this cute graphic from fooducate. If you continue on to read the text about foods containing probiotics, make sure you also read the comment on the post.

Have a great weekend!

I must confess my ignorance. Yesterday at work my colleague and I were checking the ingredients on frozen whipped toppings to see if they’d improved any since we had last looked. As dietitians, neither of us are fans of hydrogenated oils or high-fructose syrups. Most of the toppings hadn’t changed any since the last time we’d looked (i.e. they still contained all of these undesirable ingredients). However, a newer one mentioned “expeller-pressed oil”. “Hmm” we said to each other “what does that mean?”. I promptly went and googled it (how did we get by before the Internet??), which brings me to this Follow Friday.