I recently came across a blog post decreeing green smoothies to be a nutritional no-no. Great, so people finally find a way that works for them to get a bunch of veg and fruit in one go and now we tell them that these drinks might be the death of them.

Green smoothies seem like a no-brainer. If you’re making them at home you can easily control what goes into them and ensure that they’re packed with nutritious foods and not calories from things like frozen yoghurt. I know a lot of people who find it difficult to eat breakfast in the morning; smoothies can be a great way to get breakfast in as liquids may be more readily tolerated than solid foods first thing in the morning.

Now that people are hooked on green smoothies the fearmongering begins. Why should you fear your green smoothie? Well, raw cruciferous vegetables, such as kale, a staple in many green smoothies, contain goitrogens. These are substances that interfere with thyroid gland metabolism by inhibiting the absorption of iodide. When consumed in large quantities, they may cause goiters. Goitrogens are also found in turnips, cabbage, brussels sprouts, cauliflower, broccoli, and water.

Iodide (not to be confused with the toxic iodine, despite “iodine” being used interchangeably with iodide) deficiency hasn’t been a significant health concern in developed countries in many years because we generally cook cruciferous vegetables before eating them. In Canada, fortification of table salt with iodide is also mandatory. However, with the diminished use of the salt shaker and the popularization of sea salt (which is not fortified and loses iodide during processing) it’s likely that iodide will become a nutrient of greater concern in countries such as Canada.

Before you start reaching for the iodide supplements (which, by the way, you’ll find as kelp or bladderwrack, not as iodide/iodine) you should be aware that at very high amounts (more than 1.1 mg per day), iodide consumption can inhibit thyroid hormone synthesis. Even without consuming fortified table salt, most North Americans consume more than enough iodide per day as iodide is used as a sterilizing agent in dairies and restaurants, a conditioner for dough in bakeries, and in food colourings. Iodide is also found in saltwater fish (both fin and shell), molasses, seaweed, plain yoghurt, milk, and eggs. Some protein bars and multivitamins also contain iodide.

Back to your green smoothie. Should you be concerned about the effect your daily smoothie might have on your thyroid gland? Probably not. Unless you’re guzzling green smoothies for breakfast lunch and dinner, are consuming a cruciferious vegetable-heavy raw-diet, and have an existing thyroid condition it’s unlikely that a green smoothie once a day, or less, is going to have anything but a positive impact on your health. The most important feature of a healthy diet is variety. Consuming too much of anything be it green smoothies, potato chips, bread, or bananas, is unhealthy. Eating a balanced diet containing a variety of foods helps to ensure that you’re getting all of the nutrients you need. And yes, a green smoothies can be a part of a balanced diet. 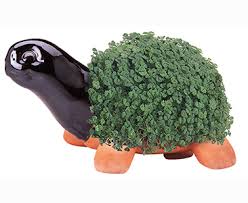 I stumbled across a tweet from a doctor in the US last week and was so surprised by it that I did a little Internetting to determine if this tweeter was a licenced MD. Yep, she was. Now I’m not going to use her name because, perhaps (although based on Rate my MD, it seems unlikely) she’s a far better physician than she is a tweeter. My aim is not to attack her. My aim to to combat the outrageous information she’s tweeting. So… What’s she been saying?

… Along with flax seeds, throw some China seeds into smoothies or yogurt. No flashes!

Wow. Who knew, all you have to do to prevent hot flashes during menopause is to include chia (I assume that’s what she meant by “China” – hey, typos happen to the best of us!) seeds in our diets. Is this true? Maybe. Although I’m highly doubtful that it’s that simple and as far as I can tell there’s been no published research on the subject. There are some studies of chia and weight loss in post-menopausal women but none investigating the effect of chia seed consumption on hot flashes during menopause. There is some anecdotal “evidence” on the Internet extolling the benefits of chia seeds for reduction/elimination of menopause symptoms. And while there’s certainly nothing wrong with incorporating chia seeds into your diet at any stage of life, no sensible health care professional would be providing this unsolicited, unsubstantiated advice on social media.

Scrolling through the docs timeline I came across a few other gems. How about?:

Those of you with hypothyroidism should be taking iodine and selenium supplements to help the conversion of T4 to T3.Helps metabolism

Um. No. The only reason for those with hypothyroidism to take iodine supplements is when the condition is caused by iodine deficiency, which is rare in North America (1). There may be benefits to selenium supplementation for those with hypothyroidism. However, there may also be risks associated with long-term supplementation and supplements should be discussed with your primary health care practitioner, not undertaken upon the advice of a tweet.

There are more horrifying tweets but I have to stop somewhere. One last one:

High cholesterol has many causes. Not least of which is heredity. Yes, there are lifestyle efforts we can all undertake to reduce our risk of elevated LDL (low density lipoproteins AKA “Bad cholesterol). However, these will only go so far and some people can lead extremely healthy lifestyles and still have high LDL. While it’s likely that saturated fats are not the evil, cholesterol raising nutrients we once believed them to be there is also no reason to think that increasing consumption of them will reduce blood cholesterol levels. The evidence is not there to support supplementation with krill oil either. As for the refined carbs the doctor lists, unless she’s referring to potato chips or french fries there’s no reason to diss potatoes. In fact, potatoes are one of the most under-rated foods.

Guys, be cautious. You’ve all seen Doctor Oz. He’s not the only doctor spewing nutrition nonsense. Question everything you read.