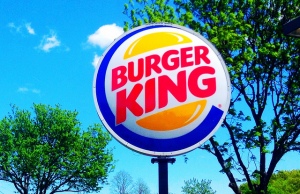 A few weeks ago it hit the news that Burger King has the contract to provide hot lunches for the Anglophone East School District in New Brunswick. Some people were upset that a fast food restaurant is being paid to provide children with lunches. Others defended the program by stating that the foods provided meet the provincial school nutrition policy.

Without knowing exactly what foods are being provided through this program, I would be remiss in dismissing the program as unhealthy. The article simply states that burgers can’t be served more than twice a week, fries aren’t served at all, and they also offer salads and apple sauce. I admit that these claims don’t instil me with much confidence that the offerings are truly healthy, balanced, varied choices. After all, a healthy diet isn’t the absence of the least healthy foods. Offering burgers “only” twice a week isn’t exactly a paradigm of health. Nor is apple sauce and what I’m speculating would be an iceberg lettuce-heavy salad. But that’s just speculation. Perhaps BK is offering a variety of nutritious salad options.

I do think that it’s unfortunate that the decision as to which company receives the RFP to provide schools with lunches is made based on what company can meet the guidelines for the lowest price. Instead of looking at what other hot lunch providers can offer by way of variety and nutrition above and beyond foods permitted, it’s all about the money. Far be it for schools to consider the import of good nutrition on health, behaviour, and the ability of students to learn.

The issue goes beyond the nutritional value of the food being served. Having Burger King provide the hot lunches also allows them to advertise within the schools and build life-long customers out of young children. BK may be providing the food at a lower cost than other providers could but that’s because they’re a huge corporation that sells relatively inexpensive mass-produced food products. They’re also getting more than their money’s worth by being allowed to advertise in schools in this manner, and don’t think for a second that this isn’t exactly why they’re doing it.

In an ideal world, schools would have their own cafeterias with staff and nutritious food prepared for all students at lunch. Unfortunately, our world isn’t ideal. At the very least, school boards could be ensuring that RFPs give preference to local companies rather than large multinational fast food conglomerates.