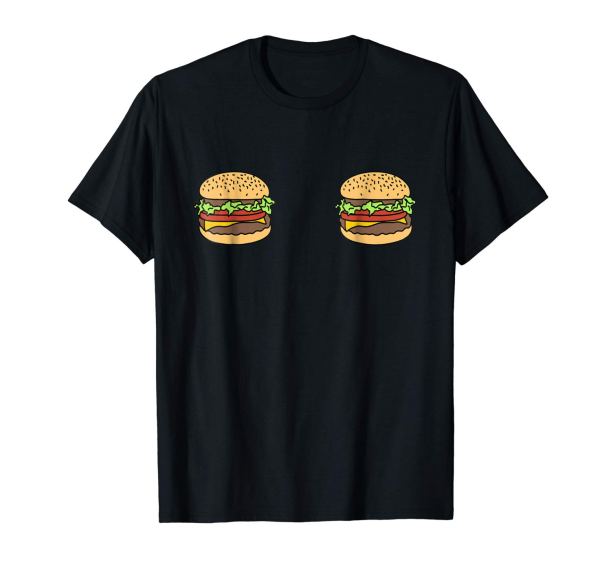 I saw this article making the rounds on Twitter and I couldn’t resist blogging about it. For those who haven’t seen it, and can’t be bothered to click the link (honestly, it’s not worthy of your clicks) it’s some sort of “Big Meat” propaganda. The headline reads: DOCTOR: Burger King’s ‘Impossible Burger’ has 18 Million Times More Estrogen Than Regular Whopper: Burger King’s Impossible Burger may cause men to grow breasts. Total clickbait and I, for one, could not resist it.

According to the article, the Impossible Burger has 44 mg of estrogen while the Whopper has a mere 2.5 ng. Allegedly this means that if a hypothetical man were to eat four Impossible Burgers a day (for some indeterminate number of days which I feel is a pretty huge omission) he would grow breasts.  Apparently, eating four Impossible Burgers a day is the same as drinking six glasses of soy milk a day which is well known to be the magic number of glasses of soy milk at which men will spontaneously grow breasts. Except, I can find absolutely no evidence that this is true. According to Harvard, there are a number of reasons why men may grow breasts including certain medications and medical conditions but there is no mention of soy (which is the source of the phytoestrogens in the Impossible Burger). Fellow RD, Andy has also dispelled many of the myths around soy consumption including claims that it can have a detrimental effect on men’s health in this article.

You may also have noticed that the doctor who wrote the original smear piece on the Impossible Burger refers to estrogen while I’m talking about phytoestrogens. Despite what you may have heard, these are not the same things. Estrogen is the hormone found in humans and other animals while phytoestrogens are the plant-based forms of estrogen. Phytoestrogens do not have the same effect on us as estrogen does. I think it’s also worth pointing out that all of these men who are now afraid to eat the Impossible Burger because they might get boobs that there is already a LOT of soy in many foods that you’re probably eating every day. There is soy in many processed meats (yep, your good old manly hot dogs, deli meats, and many beef burgers) contain TVP (textured vegetable protein, aka soy, as a cheap filler); many of your sports supplements like bars, shakes, and protein powders contain soy; breakfast cereals, etc.

The article I referenced above was from a publication called National File which purports to be “America’s newest conservative news source”. This automatically raises red flags for me. As it’s pretty much proclaiming to be fake news. The original article by Dr Stangle was published in Tri-State Livestock News. Hmm…. could such a publication possibly have any bias? Surely they would never want to paint beef burgers in a more favourable light than plant-based burgers. And not that this means that he’s not knowledgeable about human nutrition but the doctor who wrote the article is a Doctor of Veterinary Medicine. This doesn’t instil great confidence in me that he’s an authority on human nutrition. I also wonder about where he gets his money from; certainly not soybean farmers but perhaps cattle ranchers? I can’t find much about him online but I did find an article that mentions he’s a member of the American Association of Bovine Practitioners.

All this to say: sorry everyone who’s been scarfing down four Impossible Burgers daily in the hopes of growing breasts, you’re going to be sorely disappointed. I still wouldn’t recommend eating that many burgers a day (Impossible or otherwise) but they’re not going to give you breasts.